It is a must for every individual to at least go once on a motorbike trip to Leh and Ladakh. In this one-of-a-kind motorbike expedition, you will likely ride on the rugged terrains amid sultry deserts alongside high-altitude lakes and get to be up, close and personal with the mighty Himalayan and Karakoram ranges. What’s more is that this expedition offers a brilliant opportunity for travellers to embrace the culture and interact with the locals living in the Leh and Ladakh region.

Ladakh roads are very rustic and fill with adventures; it is a very fantastic tour for motorbike lovers. They will face lots of adventures during this luxury royal enfield motorcycle tour. More than 350 bikers have experienced this adventure tour over the highest passes of the world which comprise the Khardung La pass, which is know popular pass of ladakh.

A bike trip to Ladakh is one of the things that many people aspire to experience at least once in their lifetime. And then, there are others who are pros at epic bike expeditions including the Leh Ladakh one. Whether you are a pro or not, a bike trip to Leh pushes you to face new adventures. It will push you both physically and mentally; be prepared for rugged terrains and unpredictable weather.

There are two different routes to Leh; one from Manali and the other from Srinagar. Manali to Leh trip is around 476 km, whereas Srinagar to Leh is around 434 km. However, the most preferred route is the Manali route, which passes through dangerous terrains and also some of the highest motorable passes in the world.And he best time for bike trips to Ladakh is from mid-May to October. Roads from Srinagar are thrown open from mid-May, whereas the Manali route is opened after May. You can take this road trip only during the autumn and summer season.

We have added aggravating leh ladakh bike tour to range of Himalayan bike adventures. Our tour is 11 Nights / 12 Days.

On arrival in Delhi, meet our representative at airport with garland welcome & a bottle of mineral water. He will escort you till your hotel to make your hotel check-in smooth & fast. Overnight stay in Delhi.

Early morning you will check your Royal Enfield 500 cc Motorcycle. We will ride Enfield to Manali.

Manali – Manali is located near the northern end of Kullu Valley & on the banks of River Beas at the height of 2050 m. Manali – an important hill station & breathtaking natural beauty is the hallmark of this valley. On arrival in Manali, check into the hotel for overnight.

After breakfast, we will ride Enfield in & around Manali for local sightseeing & you will be taught all skills to handle Enfield in mountains. In the evening take a walk on Mall Road to see the colorful Market of Manali. Overnight in Hotel at Manali.

Morning after breakfast start ride to Jispa (3142 m) over Rohtang la pass (3980 m). Jispa is very beautiful village situated on the bank of Bhaga River & the surrounding peaks covered with mist and clouds creating an awesome view. On arrival in Jispa, check into the hotel Ibex and relax. Later explore the area.

Morning after breakfast leisurely ride over the scenic Bara Lacha La at a height of 4830 Mt. from MSL that is called Switzerland of India. After crossing the pass drop down to the vast Sarchu plains. Sarchu is situated on the bank of the Bhaga river & with that Sarchu offers marvelous views of the majestic Himalayas and spellbinding scenery. On arrival in Sarchu, check into the Camp & relax. Overnight in camp at Sarchu.

After breakfast, ride to Tso Moriri Lake. Tsomoriri Lake is a high altitude Lake in Ladakh. It is situated at a height of 4595 Mt. above sea level. Enroute visit Tso Kar Lake. On arrival in Tso Moriri, check into the camp & relax. Overnight in camp at Tso Moriri Lake.

Morning enjoy the walk on the bank of Tsomoriri lake & visit the Korzok monastery. The monastery itself is a beautiful construction standing in the silence of the lake and the mountains. Later start ride to Leh. Enroute enjoy the pretty village alongside of the Indus River. On arrival in Leh & check-into the hotel & relax. Overnight in Hotel at Leh.

After breakfast we ride about 39 Kms to Khardungla La Pass (the World’s Highest Motorable Road at a height of 5606 m), where we take a stop for Photography because the view from the top is spectacular & take a cup of coffee at World’s Highest point. Later ride back to Leh. After lunch, we visit nine storeys Leh Palace and it was built by King Singe Namgyal in the 16th century, also visit Shanti Stupa (Japanese Pagoda) a magnificent white-domed structure, offers spectacular views of the sunrise and sunset. Overnight in Hotel at Leh.

After early breakfast ride to Lamayuru (127 Km / about 5 hrs), enroute visit Spituk gompa, the name “Spituk”, meaning exemplary. Spituk Gompa is beautifully located on a hilltop and provides a beautiful view of the Indus Valley & Leh Airport. Later ride continue for Lamayuru, on arrival visit Lamayuru monastery- known to be the oldest monastic establishment in Ladakh. The monastery is made up of a number of shrines and also has a very rich collection of thankas and magnificent wall paintings. Later we move towards to Uleytokpo (55 km/ 2 hrs). Stay for overnight at Uley Ethnic Resort, a fine camp above Indus River.

After breakfast, ride back to Leh, enroute visit Alchi village, situated on the bank of Indus River. The village is famous for the existence of one of the oldest monasteries in Ladakh (a national heritage) Alchi Monastery, mainly known for its magnificent and well-preserved 11th or 12th century wall paintings. Later proceed toward Likir it contains the huge Buddha statue, museum & various old manuscripts. It also houses an interesting collection of thankas, old religious and domestic costumes and implements etc. Further continue drive to Leh. Arrive and transfer to hotel for overnight.

Morning after breakfast, transfer to airport to catch to flight to Leh. Arrive Delhi, free time for own activity till departure later catch the flight to home town. 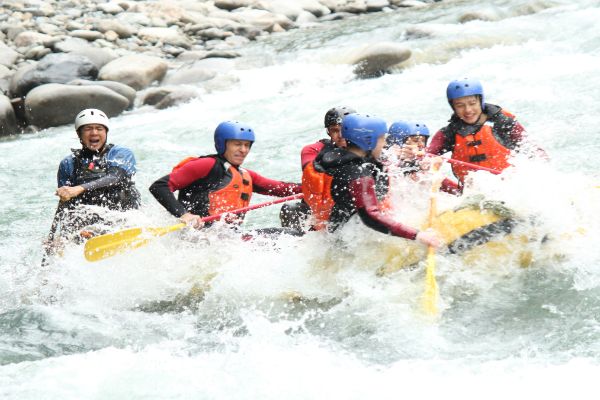 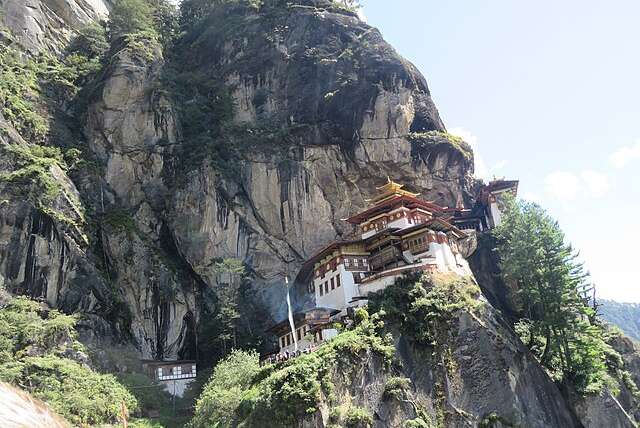