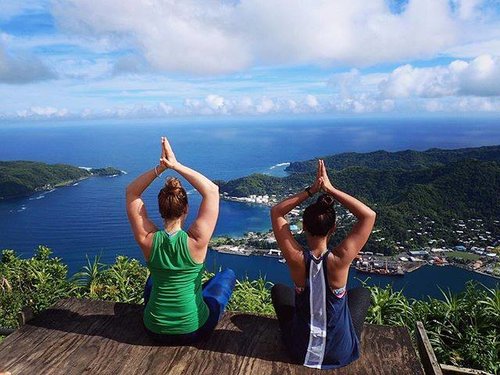 American Samoa, officially Territory of American Samoa, unincorporated territory of the United States consisting of the eastern part of the Samoan archipelago, located in the south-central Pacific Ocean. It lies about 1,600 miles (2,600 km) northeast of New Zealand and 2,200 miles (3,500 km) southwest of the U.S. state of Hawaii.

The territory, which is part of Polynesia, includes the six Samoan islands east of the 171° W meridian. Samoa (formerly Western Samoa), its closest neighbour and a self-governing country, consists of the nine Samoan islands west of the meridian. American Samoa includes the inhabited islands of Tutuila, Tau, Olosega, Ofu, and Aunuu, along with an uninhabited coral atoll named Rose Atoll. Swains Island, an inhabited coral atoll, about 280 miles (450 km) northwest of Tutuila and physiographically separate from the archipelago, was made a part of American Samoa in 1925. The capital of American Samoa is Pago Pago, on Tutuila.

The Samoan islands were settled by Polynesians (probably from Tonga) about 1000 bce. Many scholars believe that by about 500 ce Samoa had become the point of origin for voyagers who settled much of eastern Polynesia.

The Dutch navigator Jacob Roggeveen sighted Samoa in 1722, and other European explorers, beachcombers, and traders followed. The London Missionary Society sent its first representatives to the islands in the 1830s. More missionaries traveled to the islands as missionary influence spread to Tutuila and later the Manua Islands.

In 1878 the United States signed a treaty for the establishment of a naval station in Pago Pago Harbor. An 1899 agreement between colonial powers divided Samoa into spheres of influence: Germany gained control of the western islands, and the United States took the eastern islands. Formal cession by the local chiefs came later. By 1904 the eastern islands had all been ceded to the United States, although the U.S. Congress did not formally accept the deeds of cession until Feb. 20, 1929. Under the administration of the U.S. Navy (1900–51), American Samoa became a strategic naval base, but the Samoan leaders had little administrative power. In 1951 control of the territory was transferred to the U.S. Department of the Interior. The U.S. government appointed a governor who had full powers to administer the territory. The governor appointed political advisers and senior civil servants from the United States to help him.

The Samoans agitated for control of their country’s affairs, and in 1977 Peter Coleman, a Samoan, became the territory’s first elected governor. Since then all members of the territory’s Fono have been elected by the citizens. In 1981 American Samoans for the first time elected a nonvoting delegate to serve a two-year term in the U.S. House of Representatives. Congressman Eni F.H. Faleomavaega was elected to that office in 1988 and repeatedly won reelection.

The great majority of the population (more than nine-tenths) is ethnically Samoan; there are tiny minorities of Tongan and Filipino origin and of people of mixed ethnicity. The Samoans are a Polynesian people closely related to the native peoples of New Zealand, French Polynesia, Hawaii, and Tonga. The Samoan way of life, or fa‘a Samoa, is communal. The basic unit of social organization is the extended family (aiga). Even after decades of foreign influence, most Samoans are fluent in the Samoan language. Most American Samoans nonetheless also speak English. About half of the population belongs to one of several Protestant denominations, among which the Congregational Christian Church has the largest following. More than one-sixth of the population is Roman Catholic, and slightly less than one-sixth is Mormon.

Pago Pago is the main port and administrative and commercial centre. There is a large proportion of foreign-born residents in American Samoa: more than two-fifths of the people were born outside the territory, largely in Samoa, with smaller proportions from the United States, Tonga, various Asian countries, and other Pacific islands. Additionally, since the mid-20th century many American Samoans have migrated to the United States, with the result that there are more American Samoans abroad than on the islands. The population that remains in American Samoa is concentrated in urban areas; only about one-eighth is rural. The rate of population growth has increased rapidly since the late 20th century, mainly because of high birth rates and low death rates. The population is young, nearly one-third being under the age of 15, and the life expectancy is 74 years of age.

Cultural life
The people of American Samoa are heavily influenced by U.S. culture—including television programs, music, and foods—although the traditional fa‘a Samoa is preserved. Songs and dances in particular show the islanders’ Polynesian heritage. The National Park of American Samoa, which includes parts of Tutuila, Tau, and Ofu islands, encompasses rugged shorelines, reefs, and rainforests. Further information on the culture of the Samoan people may be found in the article Polynesian culture.

The sun rises over the Pacific Ocean, golden rays beaming across the surface and at the center of this vast blue expanse are the rainforest covered tropical islands. These sparkling emerald jewels are American Samoa, our islands, our paradise.

Welcome to our home.
Our islands form the eastern arm of the Samoan archipelago, home to Polynesian’s proud of their strong Samoan culture and heritage where family life and Christian values form the basis of our society.

Add to this our status as a United States Territory, its only domain in the Southern Hemisphere and you have islands steeped in history and culture yet to be discovered by holiday travelers.

There are no five star hotels here or fancy name retail outlets or even mass tourism, but what you will discover is a holiday destination with affordable accommodation and services, a great selection of retail stores, an eco-tourism paradise and the friendliest people in the South Pacific.

Come and “Explore our Islands, Experience our Culture and Enjoy your Holiday in American Samoa!”

Lounging on a beach, yoga on a mountain top, hiking the National Park, snorkeling the surrounding lagoons, visiting historical World War II sites, diving in our Marine Sanctuary or simply shopping and dining our on local fare, choosing will be the hardest thing you’ll ever do while on holiday! 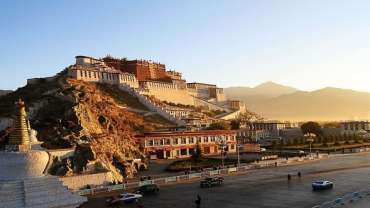 Tibet, being known as the Roof of the World, is the highest place to heaven, with an average elevation of 4,900 meters. Located in a plateau north of the Himalayas, it is a mysterious, exotic place that many outsiders yearned for. 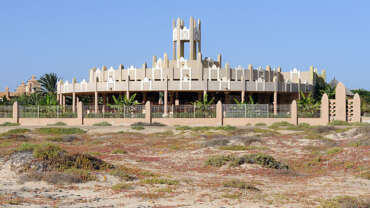 Cape Verde or Cabo Verde, officially the Republic of Cabo Verde, is an island country in the central Atlantic Ocean. The ten volcanic islands in its archipelago have a combined land area of about 4,033 square kilometres. 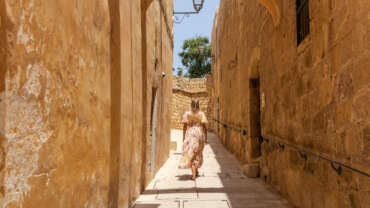 Malta is an archipelago in the central Mediterranean between Sicily and the North African coast. It’s a nation known for historic….