New Caledonia - One Trip, Many Worlds!

Close to Australia, New Caledonia is like nowhere else: a lagoon registered on the Unesco world heritage list. A main island, Grande Terre, with spectacular natural scenery, a true adventure playground. Jaw-dropping islands will reveal the perfect combination of amazing landscapes and superb hospitality. New Caledonia is also a land of welcome and authenticity where people and cultural influences blend in together, making your trip an unforgettable one.

New Caledonia is a French territory comprising dozens of islands in the South Pacific. It’s known for its palm-lined beaches and marine-life-rich lagoon, which, at 24,000-sq.-km, is among the world’s largest. A massive barrier reef surrounds the main island, Grand Terre, a major scuba-diving destination. The capital, Nouméa, is home to French-influenced restaurants and luxury boutiques selling Parisian fashions.

Melanesians settled the islands about 3000 BCE and, except for rare Polynesian voyagers, probably were cut off from outside contact until the late 18th century CE. In 1774 the British navigator and explorer James Cook landed at Balade, on the east coast of the mainland, and he named the island New Caledonia for his father’s native Scotland. Cook was followed there by the French navigator Antoine de Bruni, chevalier d’Entrecasteaux, in 1793. Regular contact with Europeans began in 1841 when sandalwood traders from Australia introduced islanders to the use of iron. The arrival of a Protestant mission from the London Missionary Society in the Loyalty Islands in 1841 and a Marist mission, which was set up at Balade with the aid of the French navy in 1843, marked the beginning of the Protestant and Roman Catholic presence in the territory.

France took possession of most of present-day New Caledonia in 1853 in ceremonies at Balade and the Île des Pins with the aim of reserving the territory as a possible site for a penal colony. The French flag was not run up in the Loyalty Islands until 1864.

From the time of colonial settlement until as late as 1917, Melanesian uprisings were common and were constantly feared by the settlers and authorities alike. The insurrection of 1856–59 near Nouméa and the uprising of 1878–79, which extended along the west coast from Bouloupari to Poya, seriously endangered French occupation. Grievances centred around the confiscation of Melanesian lands, the foraging of settlers’ cattle on the Melanesians’ produce gardens, and the head tax, which in 1899 was imposed by the colonial government on male Melanesians in order to oblige them to obtain employment with settlers and the government. The French suppressed each uprising (with the help of indigenous auxiliaries) by destroying villages and crops and demanding unconditional surrender, and insurgents were punished by deportation or execution and further confiscation of their lands.

By 1860 French authority had been established over the southern third of the mainland, and in the next decade the French established policies for disposing of indigenous land, regrouping tribes, and appointing a system of tribal chiefs to represent the administration. By the end of the 19th century, large areas of Melanesian land had been alienated and the inhabitants relegated to reserves. Forced labour, limitations on travel, and curfews were imposed from the early days of colonial rule and became the basis of a system of administrative law codified in 1887 as the indigénat (native regulations). The indigénat, as well as the head tax, remained in force until 1946.

Although the prime concern of the early colonial administration was the reception and control of about 22,000 French convicts sent to New Caledonia between 1864 and 1897, the French also attempted to attract free settlers and obtain a supply of cheap labour. In addition, between 1864 and 1939 some 60,000 indentured labourers were imported to construct public works and to work on plantations, ships, wharves, and mines and in commerce and domestic service. These included ni-Vanuatu (the indigenous population of Vanuatu) and Solomon Islanders (1865–1920), Vietnamese (1891–1939), Javanese (1896–1939), and Japanese (1892–1921). Only a small percentage of the survivors of these workers remained in the colony after their contracts expired, and, although few ex-convicts left the territory, not many established families. New Caledonia was also the unlikely home of some 4,000 déportés, political exiles of the 1871 uprising of the Paris Commune, but few of the survivors stayed after being granted amnesty. Most of the free white settlers were either former members of the French administration and armed forces, settlers from Australia and New Zealand, or former sugar planters from Réunion. The government encouraged two later waves of free settlers in the 1890s and 1920s to migrate to help establish coffee and cotton industries, respectively, but Europeans remained in the minority. After World War II the European population gradually increased by migration, but the main influx of white and Polynesian settlers occurred in the years leading up to and including the nickel boom of 1969–72. For the first time, the Melanesians became a minority in their own country, although they still were the largest single ethnic group.

Melanesians make up more than two-fifths of the population and Europeans about one-third. Their differing cultures have given rise to two distinct ways of life, known as kanak and caldoche; people of mixed descent tend to adhere to one or the other. The kanak identity is based on clan membership, a network of family alliances and specific land rights. The caldoche way of life is essentially integrated into a cash economy. The Polynesian minority comprises Wallis and Futuna islanders, who make up about one-tenth of the total, and smaller numbers of Tahitians. Descendants of Indonesian and Vietnamese migrant workers also form small proportions of the population and reside primarily in urban areas.

There is no official language, but French and Kanak have special legal recognition. Some 30 Melanesian languages are spoken, most Melanesians being proficient in more than one.

The Roman Catholic Church claims half of the population as adherents, including almost all of the Europeans, Uveans, and Vietnamese and half of the Melanesian and Tahitian minorities. Of the Protestant churches, the Free Evangelical Church (Église Libre) and the Evangelical Church in New Caledonia and the Loyalty Islands (Église Evangélique en Nouvelle-Calédonie et Îles Loyauté) have the largest number of adherents; their memberships are almost entirely Melanesian. There are also numerous other Christian groups and small numbers of Muslims.

About three-fifths of the people live in the metropolitan area of Nouméa, which since 1965 has expanded to embrace the adjacent municipalities of Dumbéa, Mont-Dore, and Païta. Nouméa has numerous bars and restaurants, shops and supermarkets, a hospital, schools, a newspaper, and radio and television broadcasting facilities. About four-fifths of people of migrant origin, including Europeans, Polynesians, and Asians, live there as compared with one-fourth of the Melanesian population. About three-fourths of the Melanesians live outside Nouméa in small, widely dispersed villages with few modern facilities. They engage chiefly in subsistence agriculture based on the cultivation of yams, taros, sweet potatoes, and bananas. The population is almost entirely Melanesian in the Loyalty Islands, the Île des Pins, and the Bélep Islands and on the east coast and in the mountain ranges of the main island.

European cultural influence is evident in Nouméa, with its bars, restaurants, and cinemas, the Bernheim Library (1905; a large collection endowed by an early mine owner, Lucien Bernheim), museums, and bookshops. For the Europeans, sports tend to be closely related to the sea and include boating, fishing, windsurfing, and swimming or sunbathing at the city beaches of Vata Cove and the Bay of Citrons; tennis and cycling are also popular. Although football (soccer) in France is closely followed, large numbers of Melanesian men play the sport locally. Melanesian women have widely adopted a version of cricket, which was first introduced by early British missionaries in the Loyalty Islands. Melanesian football and cricket teams compete annually in countrywide competitions.

In many areas Melanesian custom remains strong, particularly in relation to clan and family ties and obligations. Almost without exception Melanesians, regardless of their education or urbanization, return to their villages to take part in elaborate ceremonies and gift exchanges on such occasions as births, marriages, and deaths. Traditions have been modified to include Christian ceremonies. In rural areas the traditional division of labour is retained. Women tend to carry out the daily agricultural round of planting, weeding, and harvesting, as well as the domestic tasks of cooking, cleaning, and child rearing. Men perform the heavier tasks of clearing the ground for new gardens. All take part in the annual yam planting and harvesting, which is still something of a ceremonial and social occasion and also sometimes draws urban workers back to their villages for a short period.

The use of local languages remains strong, although French has become the lingua franca through its prevalence in the educational system. With an increase in nationalist sentiment beginning in the late 20th century came a revival of interest among Melanesians in the traditional arts of sculpture, mat and basket weaving, singing, dancing, and wood carving.

Exciting adventures in New Caledonia await. Discover the many faces of the Archipelago during an unforgettable stay in the South Pacific. Between land, sea and air, New Caledonia guarantees you a trip that rhymes with wonder and excitement. Trekking, snorkeling, mountain bike, horseback riding will lead you to the heart of Caledonian nature. Scuba diving promises the discovery of exceptional spots. Finally, get ready for the jump of the century, by skydiving above the most beautiful lagoon in the world! 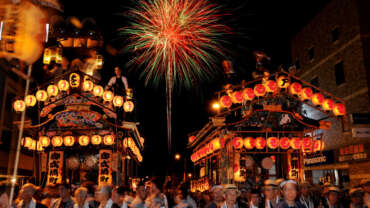 Japan is an island country of East Asia in the northwest Pacific Ocean. It borders the Sea of Japan to the west and extends from the Sea of Okhotsk in the north to the East China…. 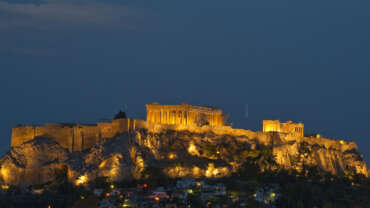 Greece is a country in southeastern Europe with thousands of islands throughout the Aegean and Ionian seas. Influential in ancient times, it’s often called the cradle of Western civilization…. 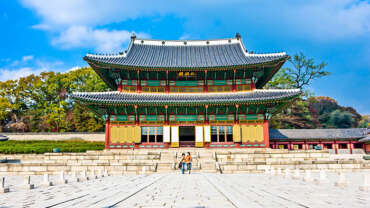 South Korea, an East Asian nation on the southern half of the Korean Peninsula, shares one of the world’s most heavily….