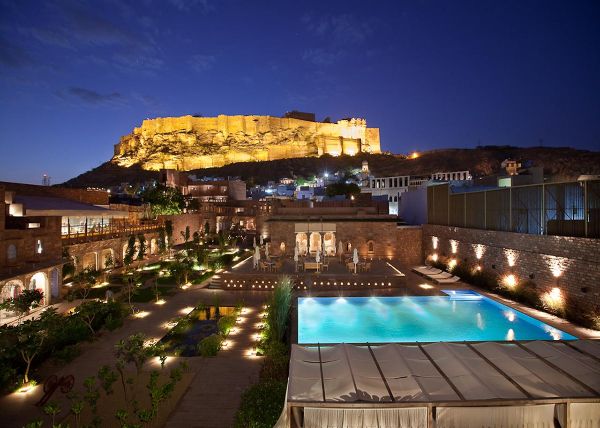 Located in the vibrant north-eastern quarter of the famous Walled City, RAAS Jodhpur is based around an original 18th-century haveli. Echoes of Rajput architecture can be found throughout the building, in everything from its intricately carved stone panels to its antique shrines to the arches surviving from the stables. Indeed, entire original buildings are interspersed with the rose-red modern architecture. The Darikhana, also known as the ‘Chamber of Carpets’, was built towards the end of the 18th-century and served as the haveli’s guest-house.

Now the Darikhana is RAAS’s most popular alfresco dining venue. In comparison, the Baradari was the haveli’s ‘newest’ addition; built in the 1850s as the Thakur’s personal entertainment pavilion, it was where he spent his days, and no doubt many a night, entertaining and being entertained. It has retained this purpose throughout the centuries and now serves as a restaurant at the heart of the hotel, hosting events all year round. The pavilion has also retained its original multi-pillared structure; i ndeed, its name ‘baradari’ , means ‘twelve pillars’.

Original stables, converted into snug alcoves for reading and relaxing, and a small 18th-century temple make up the sides of the picturesque courtyard and we pride ourselves on the beautifully cultivated gardens filling the open space. 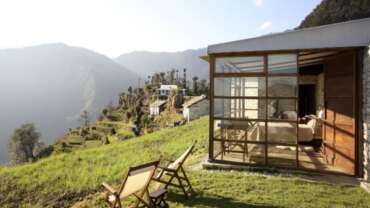 Shakti was conceived to share the rejuvenating effects of remote surroundings with our luxury Himalayas tours in India – to provide privileged…. 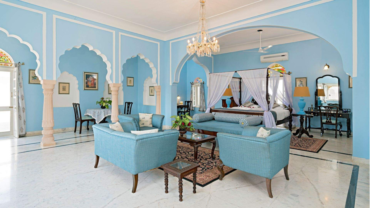 Located just 700m from the world-renowned Ranthambore National Park, Nahargarh Ranthambhore is a palatial resort brought to you by the Royal Alsisar family…. 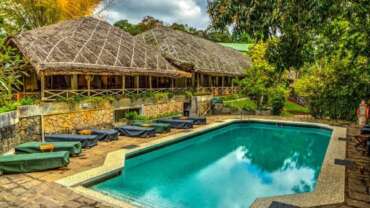 The small hotel that started out to cater to port visitors in Willingdon Island, Kochi, in the 1950s has evolved into an unusual experiment in tourism.